Is Customer Retention a priority?

If you can look past the petty arguments, drama, Kelsey’s emotions, and Mykenna’s facial expressions, you will find amazing reminders of how important service is to selling. Grant Cardone uses the phrase “service is senior to selling” and he’s a world renowned sales trainer… (Unless you watched his interview with Jordan Belfort… Let’s save that for another day… )

Peter brings us into the topic of retention when he shares his concerns about Kelley. He worries he’s more into Kelley than she is into him, and doesn’t want to try with someone who’s only giving 25%. He want’s someone who wants him as much as he wants them. Peter exclaims, he’s not on Bachelor for fun, but for marriage! This idea of a 50/50 or nothing did give me a small chuckle. It’s a logical thought, but marriage is about giving your all, and putting your partner in front of your needs 100% of the time. That’s not an easy feat, but going into the relationship not wanting to give any more than the other person isn’t a fool proof plan.

I can easily understand where Kelley is coming from. From her perspective, she was 1 of 12 and is now 1 of 10 and the competition is fierce. Time with Peter is extremely limited, and if these girls aren’t looking for ways to make the absolute most out of their time, they’ll lose ground. Some of the remaining women have shown they will stop at nothing to develop a relationship with Peter. For someone like Kelley, she’s got to decide now what she wants, and what she’s willing to do to be successful. If she continues to disappear in the group, it’ll be obscurity that knocks her out, not the girls.

Peter’s perspective is simple, he’s started to have real feelings for some of these women and he can no longer afford time with those he’s not connecting with.

Kelley defends herself by claiming she had no opportunities and Peter calls her out suggesting that was an excuse.

While watching how the women responded, and listening to Peter’s take on the situation, it became obvious how similar this situation is to customer retention in the business world. We as business leaders continue to invest massive amounts of time and financial resources on branding, lead generation, and sales conversion efforts. We get deep into the ROI of a new customer, and what that looks like for hitting revenue targets. Meanwhile, 20% of our customer base is preparing to leave for another organization who is prioritizing them. Don’t make excuses, and don’t wait until it’s too late to show your client they matter. By then they’ve found your replacement and have begun transitioning their focus, energy and next steps. 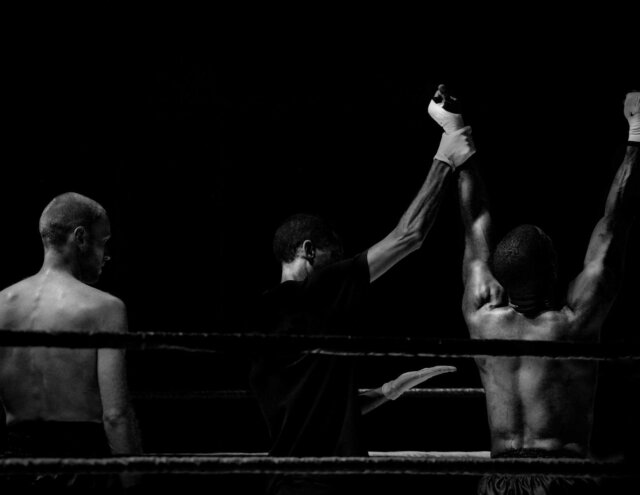 Customer retention is everything!

I’ve read multiple studies that agree with the Peppers & Rogers Group below research:

The bottom line is developing a strategy that shows existing customers are important to you, makes all the difference. If you’re like me, and numbers make you feel better about committing time and financial resources here’s an ROI calculator specifically for retention.

So how can you get started?

I’ve found there’s no better way to thank a client, and show them they matter than utilizing Branded Merchandise/Gifts. What makes Branded Merch different than all the other available tools?

Preferred by Prospects-When compared to any other form of marketing & sales tools, prospects reported almost 2.5X more likely to have a positive opinion of the sales person when given branded merch.

Positive Reciprocity- Following up with branded merch leverages one of the 6 most powerful principles of influence; positive reciprocity, without giving a bribery feel.

Staying Power-Customers report keeping their gifts on average for 11.58 months! That’s a lot of positive reciprocity, and appreciation follow up.

Impressions-How many times your story, message, call to action is reinforced to your customer and their community averages about 2,325 per promotional item! That’s a lot of reminders of who you are, and how you make a difference.

Word Of Mouth Boost-Promotional items manufacturer endorsed peer to peer conversations. Less than 30% of buyers will go out of their way to share their experience with you. Leveraging branded merch creates 1000’s of opportunities for peers to ask your prospect about your brand.

When can you use branded merch?

Are you looking for a new creative way to boost your customer retention, but not sure which branded merch concepts would be most effective? Let’s schedule a 30 minute brainstorming session, and we’ll have a list of ideas, and free samples coming your way.

Look no further than 20 minutes later in the episode when Kelsey after dealing with the other girls breaks the rules, and finds Peter at the resort. Kelsey wanted Peter to know the truth, and was willing to risk hatred and uncomfortably to ensure Peter knew the truth. That move clearly impacted Peter! So much that he started supporting her concern, suggested Tammy was jealous, encouraged Kelsey to keep fighting, gave her a rose, and suggest she sport her victory all around the house. Kelsey proved to Peter that he’s important to her, and that gesture moved Peter, and made him feel secure in their relationship. Of course, the other women found out, and began wining about how unfair that was, and that they didn’t get their time with Peter.

Major kudos to Kelsey for over delivering and not letting anything get in the way of showing Peter how important he is!